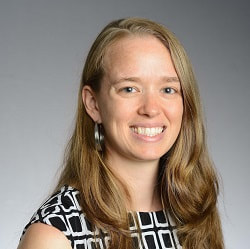 Before founding All In Energy, Rouwenna served as National Program Director at the Alliance for Climate Education (ACE). She directed the organization's youth education, leadership and advocacy programs in five cities nationwide and oversaw organization-wide initiatives, including leading ACE’s diversity, equity and inclusion strategy with two colleagues. Prior to this role, Rouwenna was a founding member of ACE’s New England region, which educated over 250,000 students at over 400 schools. She built ACE staff teams in New England, New York City and Ohio, directed ACE’s national outreach strategy, and personally presented to over 67,000 students and trained nearly 500 student leaders.

Before ACE, Rouwenna was on the outreach team at the Union of Concerned Scientists, supporting their network of scientists and educating the public about climate change impacts and solutions.